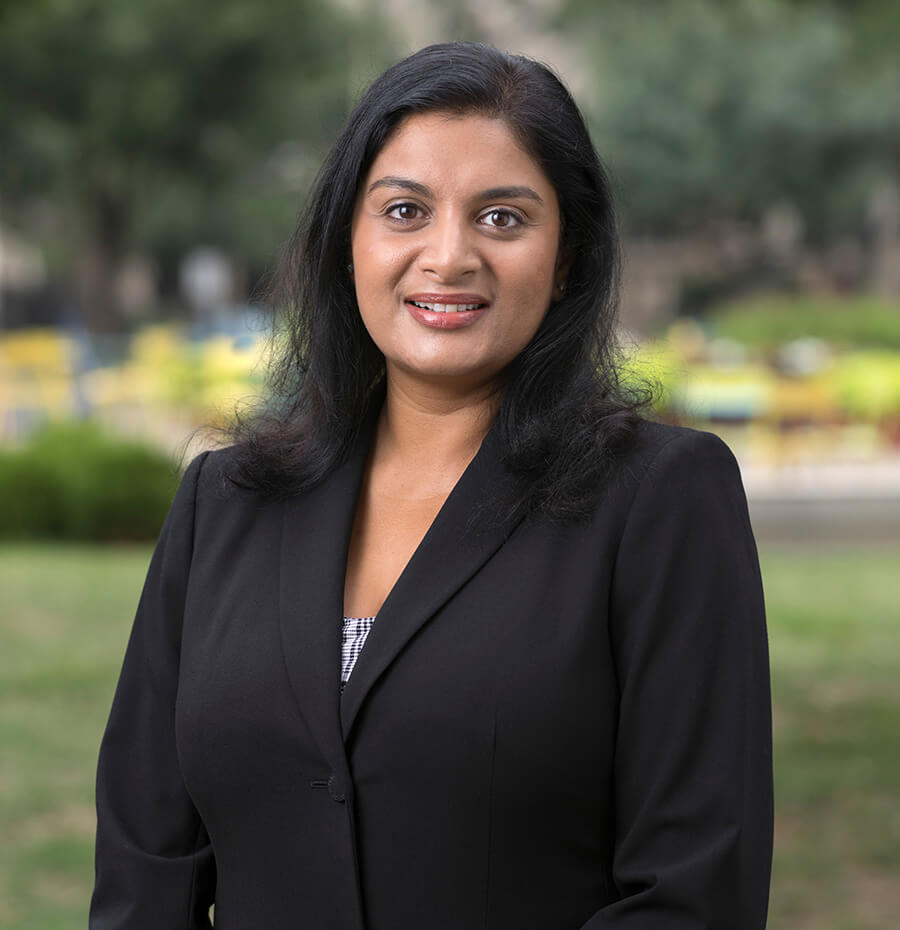 Smita is a partner at Kruger Carson. She possesses extensive experience in all types of complex commercial real estate transactions. Her counsel has been integral to some of the most distinguished and recognizable commercial developments in the Central and South Texas metropolitan areas.

Smita has a diverse real estate practice. She is frequently engaged by many of the largest and most influential real estate owners and developers in the region to guide them through the complex legal issues involved in the acquisition, disposition, financing, development, construction, management, and leasing of every commercial property type, including retail and mixed-use centers and office buildings.

Her representative transactions include:

Smita has been named a “Texas Super Lawyer” in 2021 and in 2022 in the Texas Monthly “Super Lawyers” Thomson Reuters’ magazine; and prior to that she was recognized as a “Texas Rising Star” from 2012 through 2019. She serves on the board of a public improvement district in San Antonio, Texas. Smita has served the San Antonio chapter of Commercial Real Estate Women (CREW) on the Board of Directors, as Director of Programs, and in various other capacities. Smita belongs to the Real Estate Council of San Antonio and earned a place in its Leadership Development Program for 2006-07. She has been a member of the “ULI Next” program in 2021-2022 and 2022-2023. She is also a graduate of the San Antonio Chamber of Commerce’s 2018 Leadership San Antonio Class (LSA43). The San Antonio Business Journal named Smita one of twelve “Outstanding Lawyers” in 2016 and included her in its “40 under 40” list in 2017. S.A. Scene has named her “Best Lawyer in Real Estate” in 2019.” She is also a member of the Real Estate, Probate & Trust Law Section of the State Bar of Texas.

Smita completed the first year of an LLB degree in law at The University College of London before immigrating to the United States. She completed her undergraduate studies at the University of Texas at Austin, graduating with highest honors in 2001. She attended The University of Texas School of Law and served as co-editor-in-chief of the Texas Journal of Women and the Law. Smita graduated from law school with honors in 2004 and began her legal career at Akin Gump Strauss Hauer & Feld, LLP, in San Antonio. After several years at a local real estate boutique, followed by a stint at San Antonio’s largest locally-based law firm, she joined Kruger Carson in 2016.