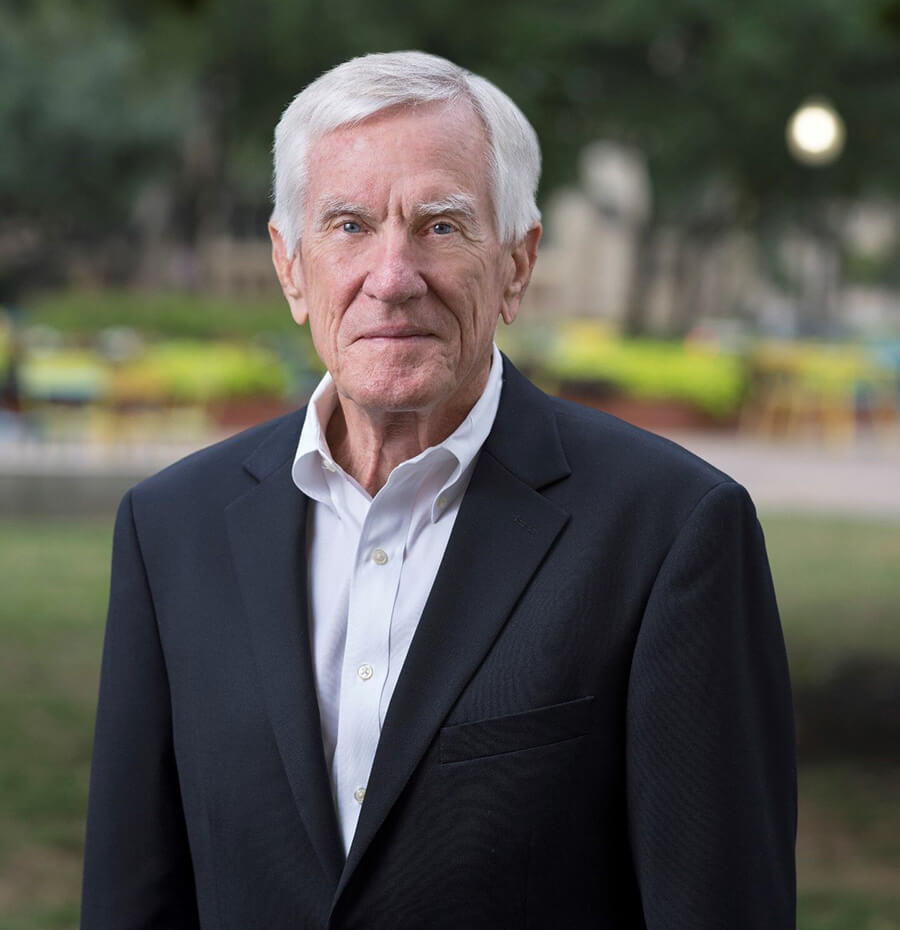 John is Senior Counsel to Kruger Carson. He has broad experience as a partner in a major law firm and as senior corporate counsel, representing individuals and companies in the mining industry. For more than 40 years, John has assisted clients in the United States and Mexico with a wide range of matters involved in the mining, processing, and distribution of various materials.

John was a partner of Haynes and Boone, resident in San Antonio. On behalf of that firm, he moved to Mexico in the 1990’s to establish the firm’s Mexico City office and serve as its managing partner. While at Haynes and Boone, John acted as interim General Counsel for the Mining Division of Morrison Knudsen Corporation, a large international engineering, construction, and mining company. He subsequently joined Martin Marietta Materials, Inc., one of the leading aggregate miners in the United States, as Senior Associate General Counsel with responsibilities covering operations in the Southwest and overseas.

In the course of John’s career:

John graduated with honors from Texas Tech University School of Law. He served as a law clerk to Judge D. W. Suttle in the United States District Court for the Western District of Texas. He has been a frequent speaker at legal seminars and is a member of numerous bar associations. He has a Martindale-Hubbell AV peer review rating.